This spring, Zoie Shuler set the 1A NCHSAA (North Carolina High School Athletic Association) record for the triple jump on her way to claiming two championships in Greensboro. 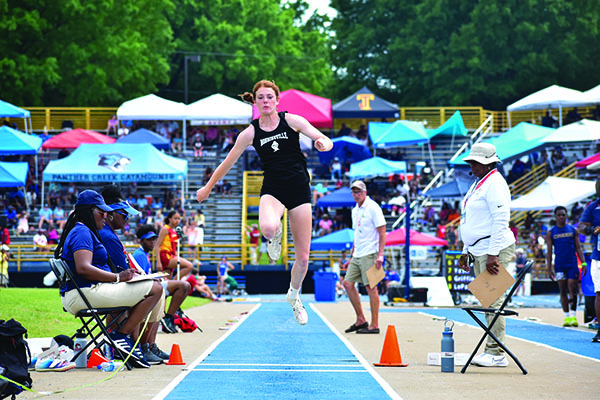 Zoie Shuler, a member of the Eastern Band of Cherokee Indians, is shown during competition at the 2022 1A NCHSAA Track and Field Championship in which she won both the long jump and triple jump. (Photos by Kevin Hensley/Graham Star)

During her sophomore campaign, Shuler won the state championship for indoor long jump, outdoor long jump, and outdoor triple jump – three titles in just a few months. This came after what Shuler considered a ‘disappointing’ outing her freshman season, where she finished as the state runner-up in both long jump and triple jump.

The rising junior is also a multi-sport athlete, being named the Smoky Mountain Conference Player of the Year for softball in 2022. She also plays varsity volleyball and basketball for Robbinsville High School.

Shuler, a member of the Eastern Band of Cherokee Indians, came before Tribal Council on the afternoon of July 14 for Res. No. 340, which was submitted by Snowbird/Cherokee Co. Reps. Bucky Brown and Adam Wachacha. The resolution proposed that Council approve a $300 donation to assist Shuler with purchasing her championship ring.

“Zoie’s been part of Snowbird Recreation for most of her life. I’ve seen her grow up from the termite teams all the way up where she plays volleyball, basketball. She was very much involved in anything that we had in the Snowbird Community,” said Rep. Brown.

Rep. Wachacha immediately made a move to pass, which was seconded by Rep. Brown.

“Zoie, it’s always a joy to see you and watch you grow. Being able to go to all these different sporting events and see you and your family out there supporting. Being a good example for all the younger athletes that are behind you,” said Rep. Wachacha.

Kylie Shuler, Zoie’s mother, was also in the chambers to speak on her daughter’s achievements. 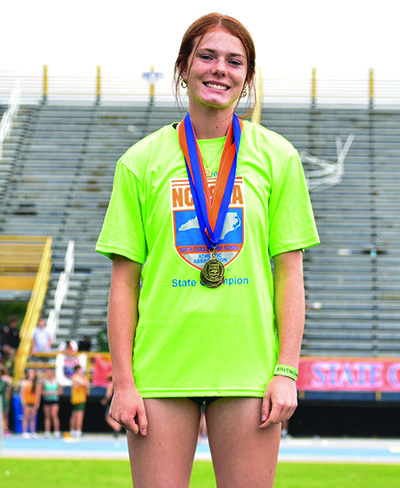 Shuler’s 18-foot and 7-inch long jump at the state championship was also a school record for Robbinsville High school.

“It’s really a joy to be able to watch her. She’s a rising junior. She has a lot of potential …  there are plenty of opportunities for her to go back down for indoor track. She may be the most decorated 1A athlete by the time she’s done with her career in high school,” said Rep. Wachacha.