Mountain bikers may rejoice. There are new trails coming to Cherokee.

Five years after the completion of the original Fire Mountain biking trail system, EBCI (Eastern Band of Cherokee Indians) Operations and EBCI Project Management have started work to more than double the trail network on the Qualla Boundary. The project is slated for a 2-million-dollar investment that will see 12 to 15 miles of new trails and much more. 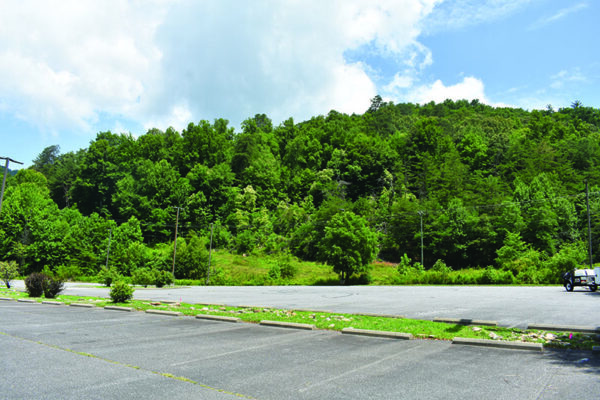 EBCI (Eastern Band of Cherokee Indians) Operations and EBCI Project Management have started work to more than double the trail network on the Qualla Boundary at the site shown. The project is slated for a 2-million-dollar investment that will see 12 to 15 miles of new trails and much more. (JONAH LOSSIAH/One Feather photos)

“We just signed a contract with IMBA, the International Mountain Biking Association, to do what we’re calling Fire Mountain Expansion. Although it is not attached to Fire Mountain, it will be along the same lines. Mountain bike trails, a state-of-the-art asphalt pump track, a top track, a skills park, and a bicycle playground. We’re trying to lower the entry point,” said Jeremy Hyatt, Secretary of EBCI Operations.

With new mountain biking projects popping up across the region, they want this to stand out and help make Cherokee an outdoor destination.

Hyatt said that they are looking to cover their bases with this project. It will help to lower the entry point for new bikers, while also offering even more challenging rides for those with more experience.

“When I talk about lowering the entry point. This is going to be a perfect opportunity for our community, kids, and families, to come out and take their little guys on the strider bikes all the way up to full-grown adults being able to utilize this. They can enjoy this area together as a family,” said Secretary Hyatt.

“With these trails, we’re going to be trying to up the amplitude. More gravity-type trails. Bigger jumps, bigger features. But also, there will be multiuse trails incorporated into this so people can walk.”

The site of the pump track is set to be near the welcome sign off Highway 441, by the Barclay building parking lot and Native Brews. Hyatt said that the property is currently underutilized but could hold tremendous value to the Tribe.

“The mountain bike trails themselves will be just up the road just above the water plant. We have gotten permission to use that Tribal property to build those trails. The topography of the area itself is pretty much too steep for good housing. For reasonable housing. Certainly, you could build something up there, but it would be exorbitant in terms of the price.”

The expansion will not be connected to the current Fire Mountain Trail system due to private property lying between the two site locations.

“We have not tried to negotiate, but there are several parcels of property. Eventually, we would like to see that happen. We would like to engage in conversation with the possessory holders that are in between these two parcels of property and see if there is a way, we can work it out so that they can connect. At this time, we have not engaged in that conversation with all of them.” 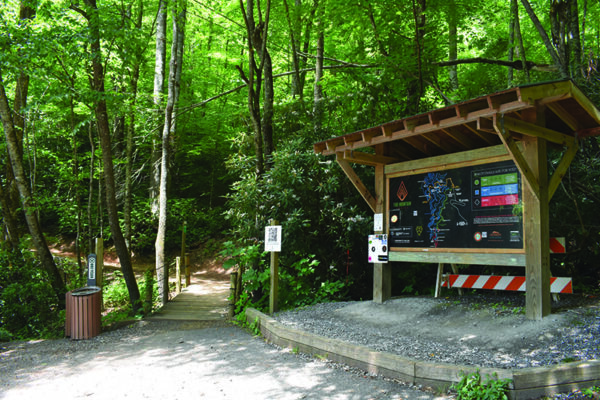 Chris Greene, manager of Project Management, said that high cost comes from the more involved infrastructure they are looking to establish. Greene and Hyatt said that, including maintenance and additions, the Tribe has put about 500,000 dollars into the current trail system. This project looks to be four times that price.

“The reason the cost is more is the pump tracks. They’re asphalt, they’re engineered. They’re going to have to have engineered drainage. So, it’ll cost a little more to do this. But there is no maintenance and a high impact. We were talking about having a toddler track here. So, that’ll help get the younger folks into it. Then hopefully they’ll graduate up to the bigger trails,” said Greene.

Hyatt said that this project is very affordable when considering the potential impact and limited maintenance. On top of that, many facets they would want to implement are already in place. This includes bathrooms, power, and accessibility.

“The thing about building these things is that eventually, like with Fire Mountain, you don’t have to invest a lot of money after the fact. It’s just small things. A pavilion here, a pavilion there. You reroute a trail here, you add a different feature here. Those things aren’t very high cost, but it keeps things fresh,” said Secretary Hyatt.

He said that they want to create a space that grabs the eye. Given its location, these new tracks will be one of the first things that visitors to Cherokee will see as they come onto the Qualla Boundary.

Greene said that Fire Mountain helped to create some buzz about Cherokee, but that ecotourism needs to stay progressive.

“We’re trying to compete on a regional level. We’ve got Knoxville putting in miles and miles of trails every year. You got Chattanooga, Asheville, Brevard, they’re adding every year. Just to remain competitive and be regionally known, you’ve got to add to your trail system. That’s what we’re doing. It’s a low-cost, high-impact kind of thing. We almost have to run it like an amusement park, each year we have to add a feature to keep relevance,” said Greene.

Hyatt said that this project will offer an amenity to the community while also boosting ecotourism in the area. He said that he cannot wait to get the process rolling.

“I think we are answering the call from the local community that says we need more things for our young people to do. I think with Fire Mountain Trails, with the disc golf course, and with this coming online in a couple of years, I think we’re answering that call.”

The project is currently in the surveying and due diligence phase, but Greene said they hope to have early designs in the next few months. There is no scheduled date for a groundbreaking, but they are estimating 100 percent completion by 2024.