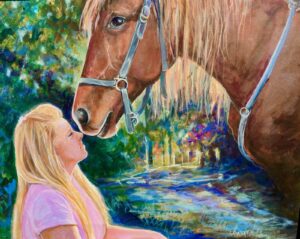 A native of Cherokee, she grew up in Bryson City and for the past 30 years resided in Candler. She was the daughter of the late Ronald and Sandy Walk Ward.

Terry was a loving mother and wife and an avid equestrian. She was a beautiful person inside and out. Her giving was unending and it was given with a smile that would stop the world. Terry’s tenacity was powerful, and proved the strength of women was not to be denied. She is what we all strive to be, and will be missed forever.

Those left to cherish her memory are her loving husband of 23 years, Dane Wright; son, Donald Ray Southerland, Jr. of Candler; brothers: Ronald Ward and wife Annette of Sylva and Thomas Ward; uncle, Dennis Walk; and many nieces and nephews.

A memorial service will be announced.