Ty Teasdale, a member of the Eastern Band of Cherokee Indians from the Snowbird Community, earned the Championship and Amateur Rider of the Year in his first year racing the GNCC e-MTB series. GNCC, which stands for Grand National Cross Country, is the nation’s premier Off-Road racing series, with over 23,000 competitors in a range of classes, and over 80,000 fans in attendance. 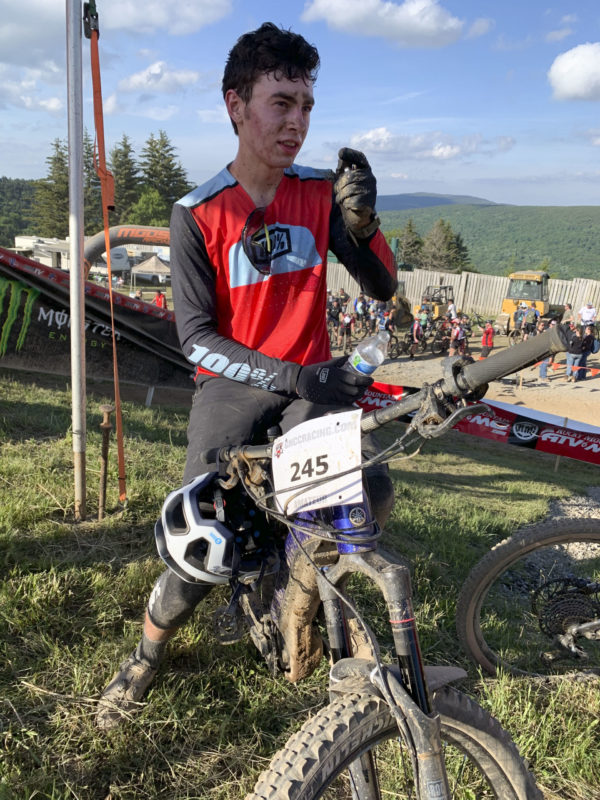 Ty Teasdale, a member of the Eastern Band of Cherokee Indians from the Snowbird Community, earned the Championship and Amateur Rider of the Year in his first year racing the GNCC e-MTB series. (Photos courtesy of Teasdale family)

Teasdale clinched the championship by round six of the 8-round series, winning five races, and taking a second place by less than a second after having a mechanical issue.

Teasdale said he is grateful for the support of Am-Pro Yamaha, 100% optics and apparel, Michelin tires, SIDI shoes, ODI grips, Fast-Flex bars, his trainer Brandon at On-The-Box Performance, as well as his family and friends.

He will be back on the Yamaha for 2022, contesting the XC-1 Men’s Pro Class as the season kicks off March 12 in Washington, Ga.

During his off-season, he competed in the Upstate Cranksgiving race at Ride Kanuga, where he went 5 for 5, winning Men’s Pro Cross Country, Super D in both e-bike and conventional, as well as the Wild Turkey Enduro again on the e-bike as well as the conventional bike. 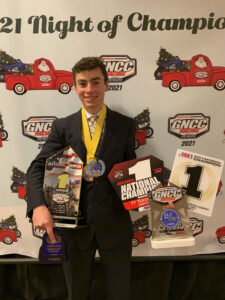 A member of Little Snowbird Baptist Church, Teasdale said his goal for the year is to represent his sponsors, community, and above all, Christ, to the best of his ability.

The majority of his training is done in the woods of Little Snowbird, but he also enjoys riding the top-notch trails at Fire Mountain in Cherokee.

He is the grandson of David and Sharon Crowe and Paul and Betty Lou Teasdale.