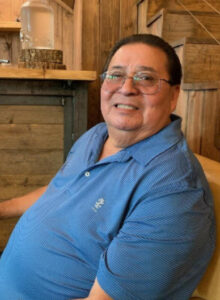 Herman Wachacha Sr., age 67, of the Snowbird Community, passed away Tuesday, Sept. 21, 2021 at Mission Hospital in Asheville after an extended illness. He was born Oct. 18, 1953 in Graham County to the late Henry Wachacha and Dinah Teesateskie Wachacha.

The family will have a visitation on Saturday, Sept. 25, 2021 at the Little Snowbird Field beginning at 12 p.m. until 2 p.m. A formal funeral service will begin at 2 p.m. Burial will be in the Ledford Cemetery.