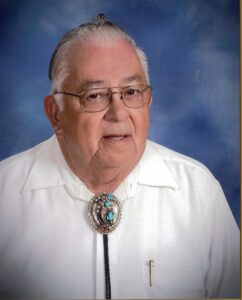 Harold Kindle, 84, of Cherokee, went to be with the Lord on Sunday, Aug. 15, 2021.  He was born in Rosebud, S.D. on Feb. 15, 1937 to the late John and Alvina Kindle.  Harold was a member of the Rosebud Sioux Indian Tribe.  He worked as a mechanic for many years including a 30+ year career with the Eastern Band of Cherokee as a mechanic.

Kindle also served his country in the Air Force.  He was a member of Rock Springs Baptist Church where he loved spending time with his church family.

In addition to his parents, he is preceded in death by his wife of 29 years, Lahoma Kindle and one daughter, Brenda Kindle.

A funeral service was held on Sunday, Aug. 22 in the chapel of Crisp Funeral Home.  Pastor Dan Conseen officiated.  Burial followed at Birdtown Cemetery.  Family and friends served as pallbearers.

The family entrusted Crisp Funeral Home with the arrangements for Kindle.