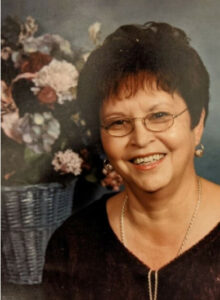 Louise Cabe, age 80, of Cherokee, passed away on Sunday, Aug. 15, 2021 after an extended illness. She is the daughter of the late Robert and Charlotte Cabe.

She is survived by her daughters, Misty Cabe and Melanie Parton; eight grandchildren and one great grandchild. Also surviving is special sister, Susie Plummer.

There are too many special friends to name that are considered as family.  You know who you are. The family does not want to take any chances by leaving someone out. In addition to her parents, Louise was preceded in death by her sons, Leland (Charlie Brown) Parton and Lew Parton; brothers, Robert (Dugan) Cabe and Howard (Babe) Cabe; and sister, Sandra Cabe Davis.

Louise worked for years at Cherokee High School as Assistant PE Teacher. Many of the young people became her boys and girls for life.

The family will have a formal funeral service on Saturday, Aug. 21 at The First Baptist Church beginning at 1 p.m. A visitation for family and friends will be held at a later date. Burial will be in the Oliver Smith Cemetery. Pall bearers will be Alex Smith-Cabe, Fredrick Cabe-Burgess, Matthew Lequire, Logan Lequire, Oliver Price and Tsali McCoy. Honorary pall bearer will beAiden Larch.