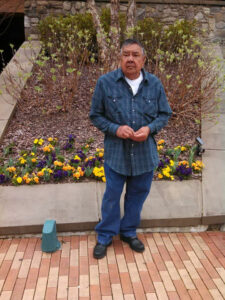 Garfield “Ronald” Lambert born June 14, 1939 to the late Herman and Amanda (George) Lambert, passed away peacefully at his home on Wednesday, Aug. 11, 2021. Ronald made his way in life as a carpenter. He was also an avid hunter and fisherman. When he was in the water or the woods is where he was his happiest, especially when bear hunting.