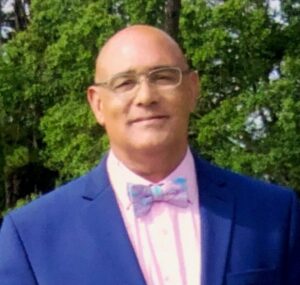 Raised in Huntersville, N.C., he resided in Clover, S.C. with his “Precious Angel from Above”, Mickie Montgomery Honeycutt.

His way home had been paved by his loving grandmother, Mary Ivy Honeycutt; his beautiful mother, Shirley Rose McClain Honeycutt; and his father, Clark Montgomery Honeycutt.

Mark was known and will be remembered for his huge, kind heart, the love and joy of helping others and working “old school.”  He enjoyed his 31-year career as a professional truck driver.  His love of baseball continued from high school to Triple A Farm League.  His passions included bowling, drag racing, riding his Harleys, cruising in his classic cars, bringing home more dogs, Ford trucks and his overalls.  He looked forward to doing Ham Bone at Christmas.  He enjoyed returning to his family in Cherokee, who always welcomed him home with open arms.

Mark was known and will be remembered for his unmatched work ethic, his selflessness towards others, and his ability to make someone smile.  His heart was as big as his voice.  He loved his Wheat and Handsome.  Mark was dedicated to his wife of ten years, Mickie Montgomery Honeycutt.

“There are two things that you will never have to go into your pockets for:  Manners & Respect”

A Celebration of Life will be held at a later date.