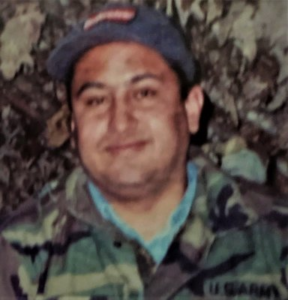 Robert loved being with friends, having cookouts and being outdoors. He also loved to sing and play guitar and he dearly loved his cats.

He was preceded in death by his stepfather, Doug Moody.

In addition to his parents, Robert is survived by his fiancee, Shelly Deitz. They have been together for 24 years. Also surviving are his daughter, Jessica McCoy of Cherokee, and his son, Robert Lee Washington, Jr., also of Cherokee. He is also survived by two sisters, Georgeanne (Tommy) Simmons of Whittier, and Judy Skinner of Cherokee; one brother, Josh Washington (Stacey) of Cherokee; grandchildren; as well as several nieces and nephews.

A memorial service will be held on Saturday, June 19 at 11 a.m. at Olivet Methodist Church with Joe Wolf presiding.