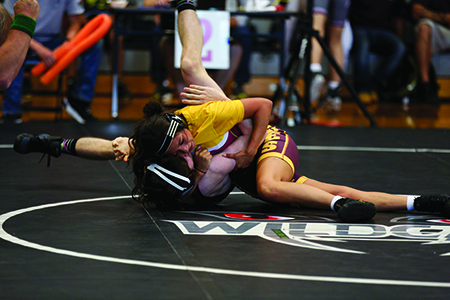 To view or purchase photos of this event, visit: SMC Championship Meet at Robbinsville, June 10 – Cherokee One Feather (smugmug.com)

Robbinsville ran away with the team title with 230.5 points followed by Swain Co. 153 and Rosman at 95.5.  Cherokee, hindered by several wrestlers out due to injury, came in fourth overall with 59 points.

Cherokee had two other wrestlers place at the tournament including Kaden Trantham who placed third at 152lb. and Lloyd Teesateskie who took fourth place at 285.  All five Cherokee wrestlers will be in action at the 1A West Regional Tournament at Robbinsville High School on the morning of Tuesday, June 15.

Results by weight bracket, per trackwrestling.com, are as follows: