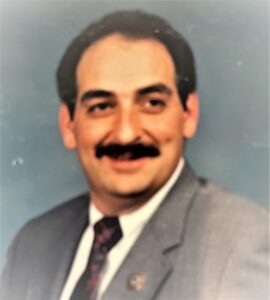 Joseph Edward (Eddie) Almond Jr., 65, of Cherokee, passed away on Thursday, May 27.  He was born Aug. 4, 1955 in Bryson City to parents Ruth Jean Cole Almond and Joseph Edward Almond, Sr. He had one sister, Ann Almond Howell (Bill) of Bryson City.

Eddie loved the outdoors; camping, hunting and especially fly fishing in the trout streams of
North Carolina. He graduated from North Carolina State University in 1973 with a degree in
Zoology. He worked for the Eastern Band of the Cherokee Indians for 23 years. He began his
23-year career with the EBCI conducting a feasibility study for a fish hatchery, which later
became a reality and a major success for the tribe.  He transitioned into the role of grant writer for the Environmental Department and eventually became the Director of Economic Development and Planning.

A Memorial Service will be held at Cherokee United Methodist Church in Cherokee on Wednesday,
June 2 at 2 p.m with Rev. John Ferree officating. Visitation will be held prior to the service from 12 p.m. to 2 p.m.

Cremation arrangements have been entrusted to Appalachian Funeral Services.