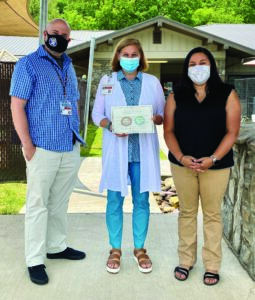 Prior to this authority and process, childcare facilities on EBCI tribal lands were licensed by multiple entities. Now the centers and facilities will have a level-playing field by being under one reporting agency. EBCI PHHS can also license residential facilities on tribal lands which allows for increase in standards of residential childcare as well.  If there is an issue or concern, community members will have access to an RCD team member to resolve issues. As well, EBCI PHHS RCD can connect with the community while still delivering high quality standard of care through the established requirements for healthy and safe environments, facility licensing procedures, and childcare operating standards.

Tina Saunooke, early education director of QB HS & EHS, was ecstatic about the licensure for their centers saying, “As a program director caring for children in 25 classrooms (up to 275 kiddos), it can be an overwhelming and even a daunting task to keep up with all of the licensure requirements, i.e. classroom, kitchen, playgrounds, etc.  The licensure process takes place, in a large piece, inside the classroom.  It speaks volumes to the teachers and teacher assistants for the daily job that they do in making certain the classroom environment is clean and a safe place for all children to explore, play, learn and grow.  Thank you teachers for making our childcare licensure at Dora Reed and Big Cove centers a success!” 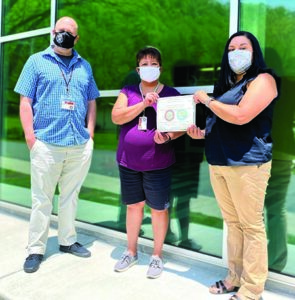 Childcare Licensure for the EBCI has been due to the collaborations of EBCI Tribal Government, EBCI Legal Assistance Office, Qualla Boundary Head Start & Early Head Start, and EBCI Public Health & Human Services Regulatory & Compliance Department. EBCI PHHS officials noted, “Thank you to everyone for your teamwork towards seven generations of wellness.”

If interested in more information, you may reach out to the EBCI PHHS Regulatory & Compliance Department by calling 359-6180.