Carmaleta Littlejohn Monteith, an elder from the Yellowhill Community, is the newest Beloved Woman of the Eastern Band of Cherokee Indians (EBCI).  Tribal Council passed Res. No. 447 (2021) unanimously during its regular session on Thursday, May 6 that made the designation. 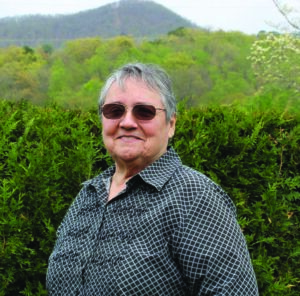 Carmaleta Littlejohn Monteith, an elder from the Yellowhill Community, is the newest Beloved Woman of the Eastern Band of Cherokee Indians. Tribal Council passed Res. No. 447 (2021) unanimously during its regular session on Thursday, May 6 that made the designation. (Photo courtesy of Jones-Bowman Leadership Program)

The legislation, submitted by the EBCI Beloved Women Committee, states, “Carmaleta Littlejohn Monteith, an outstanding member of the Yellowhill Community, has dedicated her life to embodying the Cherokee Core Values and strongly exudes characteristics of a Beloved Woman.”

“I would like to say how honored I am and how humbling this is,” Monteith told Council.  “The women that precede me, I respect and honor them and I hope to be able to hold the integrity of this honor and continue to serve.”

She went on to say, “We’re not islands unto ourselves.  It takes everyone in the community to achieve things.”

The legislation spoke to her embodiment of the Cherokee Core Values and states, “Carmaleta has demonstrated the Cherokee Core Value of tribal identity in abundance.  She has contributed to multiple publications and films that preserve the integrity of Cherokee people and their stories.  She has spearheaded many projects that have promoted and preserved Cherokee art and culture within the region.” 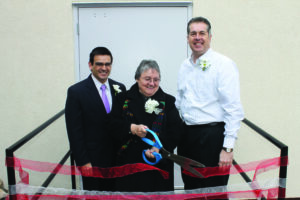 In 2009, Monteith was given the Frell Owl Award for her work towards Cherokee youth – namely being instrumental in the design and construction of the then-new Cherokee Central Schools campus.  During a luncheon in which she received the award, the late Ray Kinsland commented, “Her work has already affected thousands of Cherokee youth and will continue to affect Cherokee youth.”

Monteith, along with then-Vice Chief Larry Blythe, manned a trackhoe to move the first dirt for the new Cherokee Indian Hospital on March 18, 2014.  As the CIHA Governing Board chairperson, she was instrumental in the new facility coming to fruition.  That day, she told the crowd gathered for the groundbreaking ceremony, “This is the first hospital that our community has had any say in.  It really is a hospital that is ours.”

The following year, she cut the ribbon to open that facility and stated, “Today’s ribbon-cutting ceremony is a continuation of a long history of health care and healing for our community.”

Several tribal officials commented on Monteith prior to the vote.

Tribal Council Vice Chairman David Wolfe said he has had the pleasure of serving on multiple boards and committee with Monteith.  “I appreciate all of the hard work for the many years that she has served our community.  She has served from NAIWA all the way down to the little ones so every generation has seen her work.  We really appreciate all of her dedication to this community and this Tribe.”

Principal Chief Richard G. Sneed thanked the Beloved Women Committee for their work.  Of Monteith, he said, “She is first and foremost a servant.  I think when you think of when Jesus said ‘whoever desires to be greatest among you must be a servant to all’, Carmaleta embodies and personifies a servant.  When she sees a need, she answers the call and puts the work in.”

He added, “Your life will have an impact on a generation of Cherokees who may never know you, but your work will carry on and your legacy will carry on forever.”

Yellowhill Rep. Tom Wahnetah commented, “I want to thank you for your dedication to the Yellowhill Community.  When something is going on there, you are front and center leading the way.” 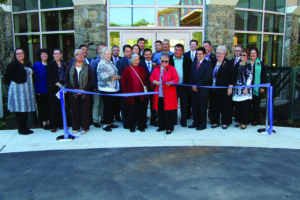 Vice Chief Alan B. Ensley said, “She’s never said no to anything that’s been asked of her…the work that she’s done with the school and the hospital has impacted our communities more so than any of the other projects.  She’s the lady behind the scenes that makes things work for all of us.”

Big Cove Rep. Richard French said that Monteith never asks for recognition.  “It comes from the heart, and she does everything for the Tribe and for the people…we need a lot more people like this that are willing to step up and do things and not want that pat on the back.”

Big Cove Rep. Perry Shell said she works with style, class, and intelligence.  “You’ve had a direct impact on the lives of everybody sitting around this horseshoe and everybody listening to this – whether they know it or not, whether it was through the school or the hospital.”

Following the vote, Kimberly Smith, Beloved Women Committee chairperson, said the Committee is working with the Cherokee Indian Fair Committee to arrange time during this year’s Fair to recognize Monteith officially.  “This will give an opportunity to have her story told in its entirety because the paperwork you saw today is really just a glimpse into what she has done.”