From the Office of the N.C. District Attorney, 43rd District

ROBBINSVILLE – Following the results of a mental evaluation, a judge on Monday, April 19 ordered the release of an Oregon woman accused in March 2019 of tipping over 61 gravestones in Graham County. 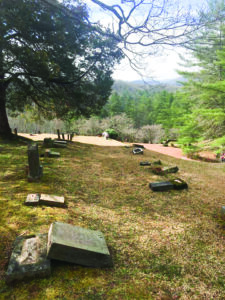 G.S.15A-1008 applies to defendants who lack the capacity to stand trial, most likely on a permanent basis. A defendant meeting this two-pronged requirement must be freed once their length of confinement matches the length of prison time allowable if tried and convicted.

Phillips has been in state custody for about 24 months on 61 counts of felony desecrate grave site.

Graham County Sheriff’s Office deputies identified Phillips as a suspect after reviewing security-camera footage recorded at Lone Oak Church near Robbinsville. She was charged in consultation with the District Attorney’s Office.