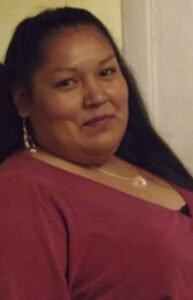 Minda was preceded in death by brother, Henry Mahsetky; sister, Erica Watty; grandfather, Ned Wolfe; and nephew, Sebastian Wolfe. Minda was a beautiful person and will be deeply missed by all who knew her.