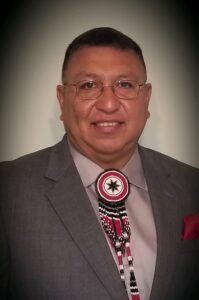 Noland Crowe, 51, of the Yellowhill Community of Cherokee, and most recently of Manning, S.C., passed away unexpectedly at McLeod Regional Medical Center in Florence, S.C., after an extended illness.

He was the son of surviving mother, Gaynell Crowe. Noland was a veteran of the U.S. Army serving in Desert Storm.  He was a Corrections Officer serving in that capacity with the Federal Bureau of Prisons and retired from that post after 21 years.  Noland was a famed high school wrestling athletic star who will be remembered for his State Championship Titles.  He was a family man and leaves behind his wife of 21 years, Kema (Owens) Crowe.

Noland also leaves behind a son, Devin Ryan Crowe of Sylva; sister, Veronica Lossiah; and one grandchild, Liddie Mae Crowe. He also leaves behind many other family members and friends. He will be missed greatly by those that knew him best.

He was preceeded in death by his father, Noah S. Lossiah; his daughter, Kelcy Crowe; and one nephew, Martin Perez Jr.

A drive-in style visitation and  funeral service will be set up at the Cherokee Indian Fairgrounds on Wednesday, Feb. 17 from 11a.m. to 1 p.m. with a formal funeral starting at 1 p.m. and officiated by Pastor Scott Chekeleelee of Yellowhill Baptist Church. An immediate burial will follow in the Unto These Hills Drama Cemetery with the pall bearers being P-Nut Crowe, Bo Crowe, Denny Ensley, Dick Crowe, B. Ensley, and Chris Jones.