TAHLEQUAH, Okla. — The Cherokee Nation is establishing a new language department that will directly oversee the tribe’s Cherokee Immersion School, a team of translators and the Cherokee Language Master Apprentice Program. The new department will focus on language preservation and perpetuation, and generating more proficient second-language Cherokee speakers. 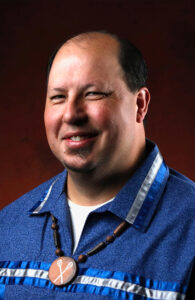 All three are Cherokee Nation citizens and each have been learning the Cherokee language for at least two decades.

“In order to save and perpetuate our Cherokee language, it is essential for our Cherokee language programs to be together in one department and in one location so that we can share resources, share the Cherokee language, and work together on the same objective, which is making sure our language not online survives, but thrives,” Chief Hoskin said. “These leaders have been chosen because they not only speak Cherokee, but because they have a wealth of Cherokee culture and historical knowledge that will serve our speakers and language learners well. These programs will soon all be housed in the new Durbin Feeling Language Center.”

Paden began working for the Cherokee Nation in 2003 with the tribe’s Indian Child Welfare department, where he worked tirelessly for Cherokee children and family reunification. While working with ICW, Paden spearheaded new language initiatives including employee language classes, family cultural and language packets, and a Cherokee cultural camp for foster families across the country. In 2014, Paden was assigned to develop and design what became the Cherokee Nation’s Cherokee Language Master Apprentice Program, an adult Cherokee language immersion program that pairs novice learners with master-level, fluent Cherokee speakers. He designed the master-apprentice program based on his experiences in a similar Spanish program he and his wife encountered while serving as missionaries in Bolivia and attending the Universidad de Idiomas, or the University of Languages.

“Unfortunately, we’re losing upwards of a hundred fluent Cherokee speakers a year,” Paden said. “We recently lost seven alone in one month, three of them from COVID-19. We’re at a crossroads, so we must make language our priority and get our citizens behind this critical effort to continue saving our language. I believe the Cherokee Nation and Chief Hoskin are putting all of the pieces into place to help us teach new generations of Cherokee speakers how to use and pass along this beautiful tradition.”

As administrator of the Cherokee Immersion School, Kirk will lead the Immersion School being responsible for the development, implementation, supervision and evaluation of educational and student services. 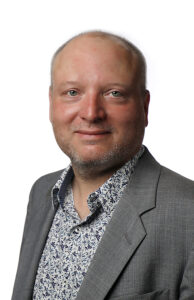 Kirk, a Cherokee Nation citizen, was raised in Marble City in Sequoyah County, and currently resides in Cherokee County with his wife and two sons. As a child, he grew up in a Cherokee language-speaking home, and this influence paved a road for his passion in teaching and preserving the Cherokee language.

Kirk graduated from Northeastern State University, where he received a bachelor’s degree in English. He also received a master’s degree in cultural anthropology from Indiana University in Bloomington, Indiana. He has more than 25 years of experience in Cherokee history and language curriculum development as a coordinator for strategic intelligence, assistant professor, lecturer, cultural specialist and independent contractor. Most recently, he worked as an instructor for Cherokee language courses in the Department of Cherokee and Indigenous Studies at Northeastern State University.

“I am humbled and honored at the opportunity to be involved in this very meaningful language work at the Immersion School. Chief Hoskin has proven that language is a priority and knowing that this won’t be just ‘me’ or just Immersion doing this, but rather the full weight and resources of the Cherokee Nation, all of us together, making this work. Being part of that, I am definitely looking forward to,” said Kirk. “First and foremost, we want to bring a Cherokee-centric focus to the school. This goes beyond language into something else, something deeper. The idea for the school has always been to develop our children into Cherokees. We want them to embody our behaviors, our ways of thinking and doing, and to do so with our language as the foundation. For this to happen, we will need to incorporate those concepts into everything we do and how we do it.”

Hammer, of Tahlequah, has served as a coach and administrator at the Cherokee Immersion School since 2009. Hammer has a bachelor of science in health and human performance, as well as a master’s degree in education administration from Northeastern State University.

In September 2019, Chief Hoskin announced the Durbin Feeling Language Preservation Act, which allows the the tribe to make the largest investment into its language programs in Cherokee Nation history. 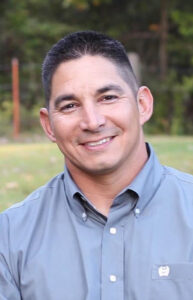 The Act also included an additional $5 million from Cherokee Nation Businesses dividends to renovate and expand the Durbin Feeling Language Center, which will house all of the language departments under one roof. Another $1.5 million is also included for operational costs associated with the language program’s expansion.