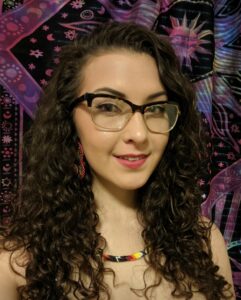 TULSA, Okla. — Alpha Pi Omega sisters from Duke University came away from the sorority’s first virtual convention with two awards and a charter.

One of two sites to be unanimously approved for a charter Saturday,  July 11, Alpha Pi Omega’s group at Duke University is now officially the sorority’s Nu Chapter.

“It is very meaningful to us to have a support system for Native women at our university where others understand our journeys and aspirations,” Nu Chapter President Kya Locklear said. “This sorority is a huge step in amplifying the Indigenous voice and presence on Duke’s campus. Our members have already benefited from this community and sisterhood in many ways, and we can’t wait to see the ways in which our chapter can grow in the future.”

The newly chartered chapter was also recognized for having the highest cumulative grade point average among the sorority’s undergraduate chapters.

“During a time of great uncertainty with schools closing at mid-semester due to COVID-19, our Duke sisters still maintained high academic marks,” Grand Awards Committee chairwoman Francine Cummings said. “We are very proud of their continued academic excellence, particularly in the midst of adversity.”

Scarlett Guy, an evolutionary anthropology junior from Cherokee, was named Honeycomb of the Year. The award is presented annually to the sorority’s top new member. A member of the Eastern Band of Cherokee Indians, Guy was nominated by another member of the sorority due to her dedication, persistence and commitment.

“Scarlett’s nomination letter emphasized her dedication both to our honey process and academics,” Cummings said. “She has upheld our sorority’s values and far exceeded sisters’ expectations.”