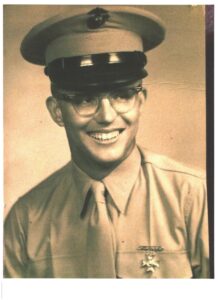 Born in Waynesville on July 18, 1941 to William Noble Ferguson and Sara Orr Ferguson, he lived most of his life in Haywood County. Jake proudly served his country in the U.S. Marine Corp from 1960-66 where he served in the Second Marine Air Wing. He was extremely proud of his military service and his family and passed on a love of God, family and country to his children and grandchildren. He was a living example of hard work, strength and good humor and always stood up for the underdog.

Jake was preceded in death by his parents; his wife, Janice; and his sister, Margaret.

He was the father of three sons and one daughter, Neil (Julie) of Cherokee, Todd (Wendy Jo) of Etowah, Kirk (Jamie) of Stockdale, Texas, and Teresa Lowman of Morganton; and nine grandchildren, Nicholas, DJ, Sara-Marie, Will, Brandon, Lillie, Israel, Leeah, and Matthew.

Per his wishes, there will be no memorial service planned. Family will have a private meeting at a later date to scatter his cremains at his beloved beach as well as in the mountains of western North Carolina.

Smoky Mountain Cremations and Funeral Service of Clyde is caring for the family and the online register is available at www.smokymountaincremations.com.