Cherokee High School has hired a new head volleyball coach for the upcoming season, and she has quite a resume.  Pamela Sumner Bryant comes to the Lady Braves from a successful stint at Tuscola High School. 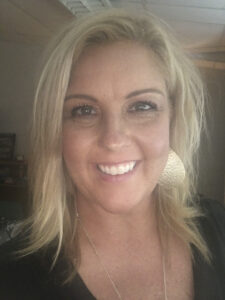 “Pam brings quite an impressive resume as both a high school and DI collegiate player, as well as a coach,” said Sean Ross, Cherokee Central Schools athletic director.  “The excitement that has emerged upon her arrival has been palpable, and our numbers have grown each week in our first round of workouts with participation ranging from 25 to 30 athletes.”

Bryant played high school volleyball at Smoky Mountain where she led the Lady Mustangs to back-to-back state titles in 1991 and 1992 – earning Most Valuable Player honors in both of the state championship matches.  Her jersey has been retired at Smoky Mountain for volleyball, and she is an inductee into the Jackson County Hall of Fame.

She played collegiately at N.C. State University as an outside hitter from 1993-96.  She ended her career with 1,358 kills including 581 as a senior, a number which still stands to this day as the second most in a single season by a Wolfpack player.  Bryant earned second team All-ACC (Atlantic Coast Conference) honors in 1996.

The North Carolina High School Athletic Association (NCHSAA) named her to its list of 100 to Remember – Female Athletes.