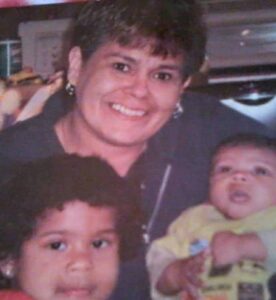 Cheryl was the daughter of the late Jess T Martin and Thelma “Mickey” Sampson, both of Cherokee. She worked as a waitress to support herself over the years and is remembered as a loving mother, daughter, sister, and friend by those that knew her. She was known to be a Nascar Racing fan of Kyle Bush, die-hard Tennessee Volunteers and San Francisco 49’s fan and a love for Pepsi.

A tentative service is set for Friday, June 26 in the chapel of Long House Funeral Home with a possible viewing of Cheryl from 4 p.m. to 5 p.m. followed by a short funeral service in the chapel as well starting at 6 p.m.