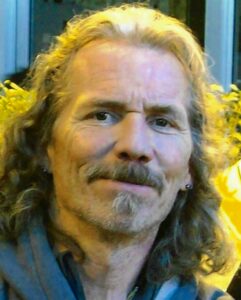 Joseph Gabor Watson, 58, of Cherokee, passed away on Monday, June 15, 2020 after an extended illness at Harris Regional Hospital. He is preceded in death by his parents, James Watson and Frances Owl.

Joseph’s memory will be carried on by his loving wife he leaves behind, Jackie Watson along with his children, Tanner Watson of Milwaukee, Wisconsin and Zachary Watson of Schaumburg, Ill. along with his stepchildren, Scott Voyles of Cherokee and Kenneth Lynch of Louisville, Ky. In addition, he is survived by his brother, Stephen Watson of Indianola, Wash.; his sisters, Catherine Watson of Saudi Arabia and Olivia Watson of Seattle, Wash.; along with his first wife and the mother of his children, Kimberly Czaplicki.

Joseph served in the United States Marines from 1982-88 at which time he received several medals and decorations. After having served his country, he found happiness in becoming a cook as well as a restaurant manager. He really enjoyed being in a kitchen and cooking for others. He loved fishing, car shows and the Seattle Seahawks. Joseph enjoyed music but was a big fan of classic Rock n Roll with his favorite musician being Tom Petty. Joseph is looking forward to seeing him again in concert in Heaven.

The family will be having a Memorial Service for Joseph Gabor Watson on Saturday, June 20 at 1 p.m. at Long House Funeral Home. Pastor John Ferree will be Officiating. A representative of the American Legion Steve Youngdeer Post 143 will be presenting the Veteran Flag to Mr. Watson’s Beloved Widow.