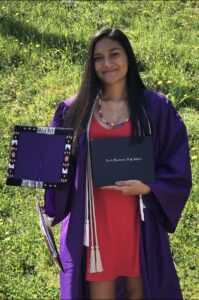 Querida Natisha Guerrero, a member of the Eastern Band of Cherokee Indians from the Snowbird Community, graduated recently from North Henderson High School in Hendersonville.  Following graduation, she wants to enter the medical field with the goal of becoming a pediatrician.

While at North Henderson, she played basketball and participated in the dance team.

“I’d like to thank my mom and dad and the family and my godparent’s family,” said Guerrero.

When asked her thoughts on graduation, Guerrero noted, “I’m excited for the future and what it holds for me.” 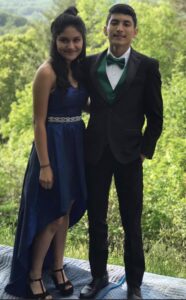