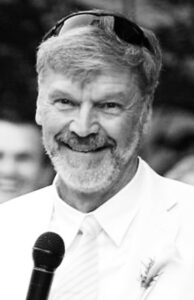 On June 28, 1970, he married Jacque Hamm and they began a long and good life together. Their lives reached a new level of adventure with the birth of their daughter, Elizabeth Hamm, years later. His beloved daughter-in-law, Susan, joined the family almost a decade ago, and twin grandchildren added to full hearts just a few years later.

Jim was a 1966 graduate of Selmer High School and valedictorian of his class. He attended University of Tennessee at Martin and then University of Tennessee Health Science Center (UTHSC) Pharmacy School, graduating in 1971, Summa Cum Laude. Jim was elected president of his pharmacy senior class and also served as student body president for the UTHSC. On July 1, 1971, he accepted a commission with U.S. Public Health Service and he and Jacque set off across country to his first duty station, Fort Yates, N.D. His grandfather-in-law, Eugene Hamm, gave the couple 100 silver dollars to make the trip and made sure their insurance was paid.

In 1973, Jim was transferred to Cherokee and served at Cherokee Indian Hospital for 25 years, many of those years as chief pharmacist. He enjoyed the stimulating clinical practice of pharmacy in a multi-disciplinary environment. Jim was grateful and proud he could be a part of the pharmacy practice model that is now the norm being taught and practiced. A difficult infectious disease problem was always his favorite challenge.

Jim served as a preceptor for the University of Tennessee and University of North Carolina Schools of Pharmacy. He was the first recipient of The Public Health Service Career Achievement Award in Pharmacy in 1991. He chaired the working group to revise the Pharmacy Chapter of the Indian Health Service Manual. Jim also served on the Indian Health Service-wide Pharmacy Professional Specialty Group, which guided the development and implementation of the pharmacy component within the IHS Resource and Patient Management System. After retirement from Indian Health Service in 1998, the family moved to Asheville where Jim began a career with Buncombe County Health Department Pharmacy and practiced until the clinic was closed in 2009. The final phase of his career was to develop the 340B pharmacy program for Blue Ridge Community Health Center in Hendersonville.

The family offers hearts filled with gratitude to the staff of J-4 ICU at Mission Hospital (and retired physician friends) who worked night and day trying to save his life.

The online memorial is available at www.grocefuneralhome.com.