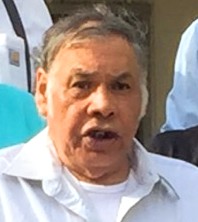 Jesse Reed, 71, of Cherokee, passed away peacefully at his residence on April 14, 2020. The son of the late Noah Reed and Dora Dell Crowe Reed, Jesse will be missed by those left behind. He is preceded in death by one brother, Richard Terry Reed and one nephew; Noah Reed “Tweek”.