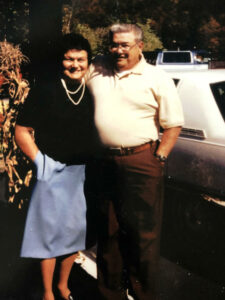 Robert Bruce Huskey Jr., age 81, passed away surrounded by his family on Friday, Dec. 20, 2019 after an extended battle with Parkinson’s.

Born in Cherokee, he was the son of the late Robert Bruce Huskey Sr. and Birdie Hill Huskey. He is preceded in death by his loving wife, Clara Jean Huskey; son, Kent Huskey; brothers, Henry, Mickey, Stanley Huskey; and sister, Laverne Land.

Robert was proud to have served with the United States Air Force for 12 years before returning to Cherokee to work for Indian Health Services until his retirement. He was a member of Sequoyah Sovereign Grace Baptist Church in the Big Cove Community. An avid bird watcher, he enjoyed traveling, golfing, fast pitch softball and spending time with family and friends.