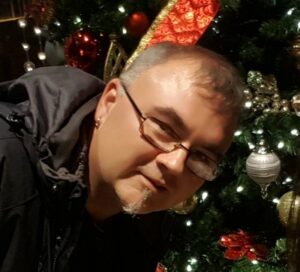 Michael (Mikey) Owle, 44, passed away unexpectedly Thursday, Nov. 28, 2019. A native of Cherokee he was the son of Michael Owle of Cherokee and the late Katherine Owle.

In addition to his father, he leaves behind his wife, Tabitha Tranter of the home; one daughter, Nevaeh Owle whom he thought the world of. She was his bright and shining star that shined brighter than no other. He also leaves behind one sister, Katina Owle (Corey) of Cherokee; two brothers, Daniel Owle (Kaitlyn) of Cherokee, Donald Owle (Alissa) of Bryson City; several nieces and nephews; and his work family at New Kituwah Academy where he was employed and took pride in helping preserve the Cherokee Language.

Funeral services will be held at 2 p.m. Monday, Dec. 2 at Crisp Funeral Home chapel. Rev. James (Bo) Parris will officiate with burial in the Birdtown Cemetery.