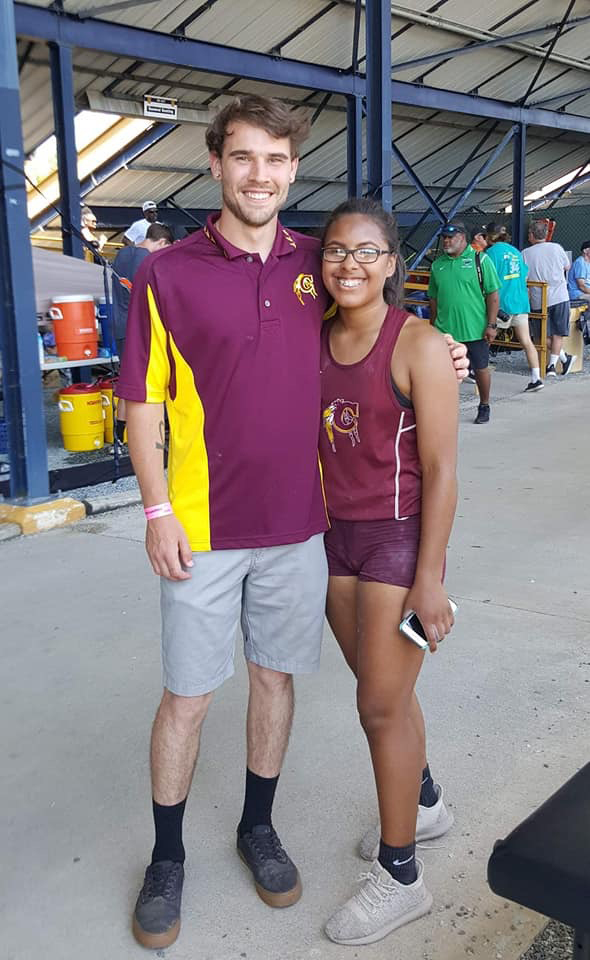 Hallah Panther, Lady Braves junior, right, won the state title in the Women’s Pole Vault with a jump of 10-0. She is shown with her coach, Landon Hunt. (Photo courtesy of Eddie Swimmer)

Hallah Panther, Lady Braves junior, won the NCHSAA 1A State Championship in the Women’s Pole Vault at the state meet held at NC A&T Irwin Belk Track in Greensboro on Saturday, May 18.  With a jump of 10-0, she took the title with the same jump that won her the 1A West Regional title earlier in the week and the Smoky Mountain Conference title on May 1. 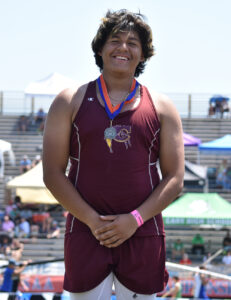 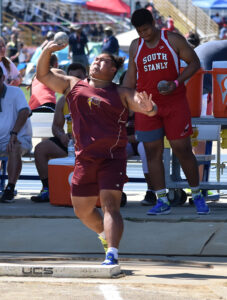 Joaquin Layno, Braves senior, throws the shot during the May 18 state meet. He placed eighth in the shot put and won a fourth place medal in the Men’s Discus Throw. (Photo by Kevin Hensley/The Cherokee Scout)

Sterling Santa Maria, Braves junior, took second place at the state meet in the Men’s Shot Put with a throw of 49-5.75, and Joaquin Layno took fourth in the Men’s Discus Throw with a distance of 137-4.

Other top four finishers from the Smoky Mountain Conference, per ncmilesplit.com, are: