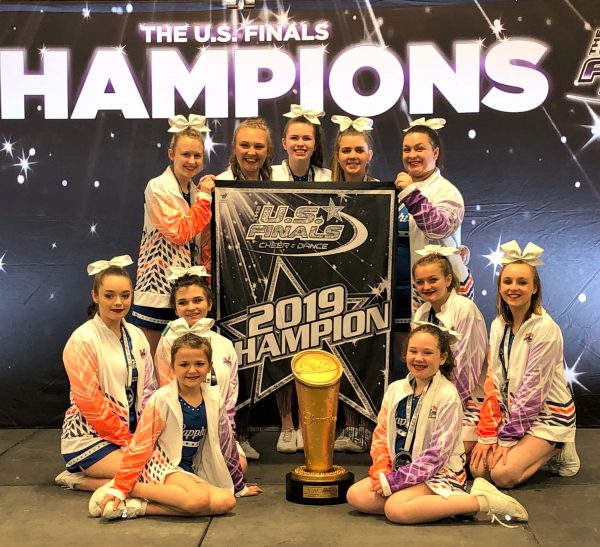 The Smoky Mountain Competition Cheer Club traveled to Louisville, Ky.  recently to compete at the U.S. Finals Cheer & Dance Competition.  Both teams secured invitation-only bids early in the season and could select from eight different cities to attend across the United States.  The U.S. Finals is a prestigious end-of-season competition that highlights the best teams from across the nation. The cheer club was one of only two programs representing North Carolina.

The Junior Diamonds team competed in the Junior Level 1 Performance Rec Division, received zero deductions for their performance, and was crowned 2019 National Champions for their division at the Kentucky location.

The Senior Sapphires team competed in the Senior Level 3.1 Performance Rec Division, received zero deductions for their performance, and was also crowned 2019 National Champions for their division at the Kentucky location.  Their overall score was the highest received all season. 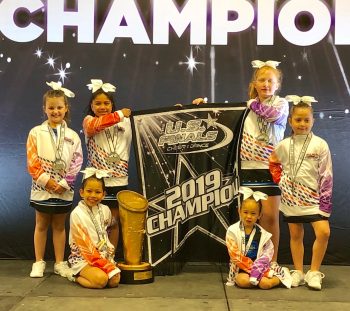 Each cheerleader received a medal and the unique white jacket given only at the U.S. Finals competitions.

Both teams will now advance to the Champions Challenge.  Divisional winners from all eight locations across the country will compete against each other virtually.   The routines will be reviewed by a new set of judges and a new score given.  The winners of the Champions Challenge will be announced in late May and each cheerleader from the winning teams will receive unique champion rings.

The club will be hosting a cheerleading clinic on Sunday, June 2 at the Cullowhee Rec Center-Gymnasium.  Registration begins at 1 p.m. with the clinic being held from 2 p.m. to 5 p.m.  The cost of the clinic is $20 per cheerleader.   Open tryouts for the 2019-20 season will be held at this time as well.  No previous cheerleading experience is required, only recommended.  Youth ages 6-17 from the western North Carolina area are welcome to attend.