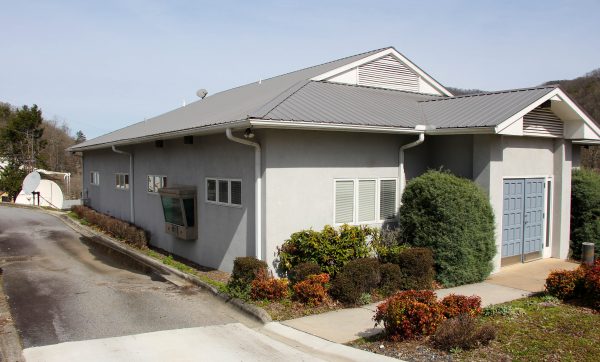 During their Budget Council session on Tuesday, April 2, Council passed unanimously Res. No. 545 (2019), submitted by Big Cove Rep. Richard French, that rescinded Res. No. 513 (2019) which was passed last month and approved the purchase of Cablevision for the price of $3,500,000. (SCOTT MCKIE B.P./One Feather)

Tribal Council has reversed a decision from last month to purchase Cherokee Cablevision.  During their Budget Council session on Tuesday, April 2, Council passed unanimously Res. No. 545 (2019), submitted by Big Cove Rep. Richard French, that rescinded Res. No. 513 (2019) which was approved last month and approved the purchase of Cablevision for the price of $3,500,000.

After speaking with several former Tribal Council representatives on the issue, Rep. French related that he asked Carolyn West, Tribal Council’s legal counsel, to research past ordinances and resolutions dealing with Cherokee Cablevision.  “Let’s go back and have a work session and get all of this together,” he said Tuesday.  “There was also in some of the resolutions stating that some of the systems should have been upgraded already.  Let’s have a work session and make sure, what we buy, that we’re only paying for what we need to pay for.”

During discussion on the matter, Rep. French referenced several pieces of legislation found by West during her research including the following:

Birdtown Rep. Boyd Owle thanked Rep. French and West for their due diligence in researching the matter further.  “I think it’s a good move to rescind and do a work session on it.  When I voted on it, I was thinking of the people out in the remote areas where they didn’t have cable.  And, I thought it was a grand opportunity to get cable to these people.”

Tribal Council Chairman Adam Wachacha thanked Rep. French as well and added, “I want to say too, that may be a reason that Council needs to look at its committee list again and create a process where we can vet a lot of these projects that are coming through committee.  Then, once it hits the floor, all of the information is on the floor instead of going the opposite direction.  I appreciate Tribal Council’s vision to have a legal counsel because I know, in the past, when we didn’t have one we didn’t have everything and I appreciate the due diligence that our attorney provides to this body.”

Principal Chief Richard G. Sneed commented that he understands the reason behind Council rescinding the legislation and added that he still thinks it will be a good investment for the Tribe.  “This is probably the most cost-effective means of us getting high-speed internet into all of the communities.”

He said the infrastructure that is already in place as far as the poles and the pole agreements will be helpful going forward.  “If you had to do that today, that’s a $12 million investment.  I certainly appreciate and applaud having a work session.  We can hit the brakes on this, look at it, and then come back and re-evaluate it.”

Chief Sneed also agreed with Chairman Wachacha’s comments regarding legislation coming to the floor.  “There really needs to be a process in place where we’re having committee meetings and work sessions on the front end before things come to the floor…things come in, there’s been little to no discussion.  We may have 10, 15, 20 minutes of discussion in here and then a decision is made.  I would love to see processes put in place that are actually in ordinance form so that there’s an established process.”

Jeremy Brown, EBCI IT Project Management supervisor, told Tribal Council during the March 2019 Budget Council session, “We have fiber optics going up most of our main roads – fibers in the ground on the main roads.  We need a way to distribute it up and down each of the little coves.  And, as you know, the cost of doing that is the same cost we’ve incurred to get up to all of these areas so far.  So, you’re going to pay $50,000 to $60,000 a mile no matter whether you’re going up someone’s driveway or you’re running a 96-strand up to a cell tower.”

He said Cherokee Cablevision has lots of existing poles.  “So, with this acquisition, we would be gaining access to the poles that they already have.  The cable that’s on it is kind of irrelevant.  We would continue to use to distribute TV initially, but our goal would be to use the poles, the backbone infrastructure, our fiber along with their fiber to run additional fibers over their poles into the people’s houses.”

Brown said he wants this project to be “the best internet and TV provider in western North Carolina”.