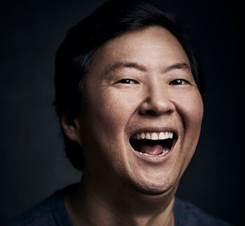 Actor, producer, and writer Ken Jeong will perform at Harrah’s Cherokee Casino Event Center on Friday, May 31.  Tickets go on sale at ticketmaster.com on Friday, April 5.  Known for his scene stealing abilities, he has established himself as one of today’s top comedic stars. In May 2009, Jeong appeared as the Asian-mobster Mr. Chow in the sleeper-hit comedy “The Hangover”, which earned Jeong an MTV movie award in 2010. Jeong has also starred in other memorable roles in a series of successful comedies including “Pineapple Express”, “Step Brothers”, and “Knocked Up”. Recently, Jeong appeared in the Warner Bros box office sensation, “Crazy Rich Asians”, and ABC’s “Dr. Ken”, in which he was the creator, writer and Executive Producer.