“People of the Clay: Contemporary Cherokee Potters” to open at Cherokee Museum 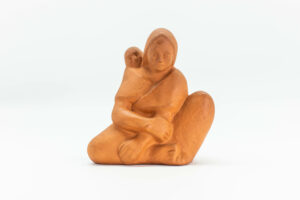 “People of the Clay: Contemporary Cherokee Potters” will open Saturday, April 6 at the Museum of the Cherokee Indian. This new art exhibit features more than 60 Cherokee potters and more than 100 pieces of pottery, from the Eastern Band of Cherokee Indians and Cherokee Nation, from 1900 to the present.

“This exhibit is an attempt to trace Cherokee pottery from its humble beginnings to its prestigious place in the Native American art world,” said Lambert Wilson, guest curator and member of the Board of Directors of the Museum. “Hopefully this exhibit will inspire others to collect, create pottery and art of any form; and in some small way help to preserve and celebrate the culture of the Cherokee people.”

On April 6, Jane Osti will be making pottery and answering questions in the Museum Lobby from 12 noon until 2 p.m. She is a National Living Treasure from the Cherokee Nation in Oklahoma whose work has won awards at the Santa Fe Indian Market and numerous art shows.   Over the next year, the Museum will be offering pottery workshops and special events in conjunction with the exhibit, and a catalog with photos of the pots and more information will be published at a later date.

Well known potters like the Bigmeat family from the Qualla Boundary, Amanda Swimmer, and Cora Wahnetah are included, but the exhibit also displays for the first time pottery by Amanda Crowe.   Known internationally for her woodcarving, Crowe also made pottery with the same smooth modernistic lines.  The exhibit features a woman and child, a warrior, and two bears made of clay by Crowe.  From Cherokee Nation, Anna Mitchell, Jane Osti, Bill Glass, and others are included.  Mitchell is credited with keeping pottery traditions alive, while Glass, Osti, and others have developed colorful, new styles that draw on traditions.