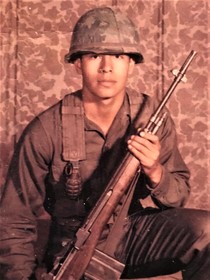 Noah Ledford Jr., 71, of the Birdtown Community in Cherokee, went home to be with the Lord on Friday, March 15, 2019 after a short-term illness.  He was a resident of Tsali Care Center.

He liked working on hot rods.  Noah served in the United States Army during the Vietnam War, the screaming eagles.