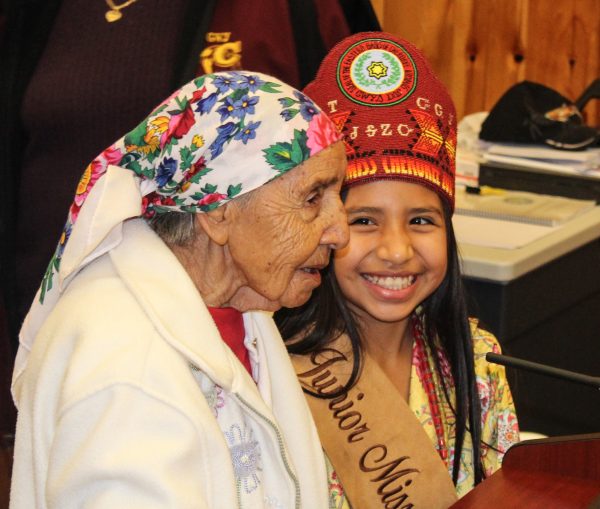 The Beloved Women Committee has been hard at work, since its establishment last April, developing guidelines and procedures for the selection of Beloved Women and Men among the Eastern Band of Cherokee Indians (EBCI).

“Our goal has been to lead the efforts in defining the contemporary qualifications, roles, and stipulations of the Beloved honor,” said Kimberly Smith, who submitted the legislation that was passed on April 5, 2018 to establish the Committee.  “The Committee will also oversee the nomination process and commitments for the Beloved title.  Our Committee serves to preserve the integrity of the Beloved title, those esteemed with the honor, and ensure future nominations meet the high standards of this recognition.  To this effort, the Committee is also developing stipulations for removal of the title if a Beloved person’s actions bring negative reflection on the title and the EBCI.”

The Committee has developed a definition of what the Beloved title means as well as outlined the core values they should possess.  “It has been a tradition among the Cherokee people to give special recognition to Cherokee women, and on occasion men, who have made special and unique contributions to the Cherokee people,” states information from the Committee.  “Such outstanding persons have been recognized as a Beloved Woman or Beloved Man of the Cherokee people.  In Henry Timberlake’s memoirs, in 1765, he stated, ‘Old warriors likewise, or war-women, who can no longer go to war, but have distinguished themselves in their younger days, have the title of Beloved’.”

The Committee outlines the Cherokee core values as follows:

The Committee is currently seeking comment on their definition and core values for Beloved Men and Women.  Comment boxes are located at the Office of the Principal Chief, the Qualla Boundary Public Library, and the New Kituwah Academy.

Smith noted that the Committee is currently working to develop guidelines for the selection of Beloved people.  She said that a nomination period will be announced and the Committee will accept and then review them in relation to the established definition and core values.  “Then, the Committee will submit a resolution to Council with the Committee recommended nomination(s).  The final decision on nominations will be at the will of Tribal Council since they represent our community at large.”

Smith said the first open nomination period will be in 2020, and the Committee will request nominations until a total of four living Beloved people have been selected.

“Four is a sacred number and historically most Cherokee towns had their own Beloved people.  So, at the height of our community, there were multiple Beloved people in the Cherokee Nation,” said Smith.  “For modern Cherokee, we feel four Beloved people reflect the sacred number and the traditions of the title within the community.  It also allows the living Beloved cohort to achieve the planned commitments without it being too burdensome.  With four, it would only require each to attend a few official annual activities as a Cherokee Beloved.”

She added, “Taking into consideration Beloved were distinguished ‘old war women’, the Committee hopes future Beloved people are selected at an age where they will be able to continue serving their community for at least the next 20 years.  This model will prevent our community from being saturated with Beloved titles.”