Many more members of the Eastern Band of Cherokee Indians may soon have access to high speed internet thanks to a purchase by Tribal Council.  During their Budget Council session on Tuesday, March 12, Tribal Council passed Res. No. 513 (2019) by a margin of 60-40 which approved the purchase of Cherokee Cablevision for the price of $3,500,000.

The legislation states, “…acquisition of Cherokee Cablevision will, with necessary upgrades, allow the Eastern Band of Cherokee Indians to deliver broadband internet, cable, and phone services to enrolled members.” 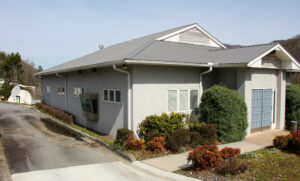 Principal Chief Richard G. Sneed said Tuesday, “Probably the greatest need in the region is access to high speed internet.  At Southwestern Commission meetings, month in and month out, there’s always two items that are consistently in the top three issues facing the region – access to broadband and access to workforce housing or just housing in general.”

He added, “We began the discussion around a year ago of how we can provide access to high speed internet on the Boundary with the least amount of problems.  So, we began to look at Cherokee Cablevision because of the infrastructure that they have in place already with cable.  It was also determined that they actually have fiber running.”

Jeremy Brown, EBCI IT Project Management supervisor, said during Tuesday’s discussion, “We have fiber optics going up most of our main roads – fibers in the ground on the main roads.  We need a way to distribute it up and down each of the little coves.  And, as you know, the cost of doing that is the same cost we’ve incurred to get up to all of these areas so far.  So, you’re going to pay $50,000 to $60,000 a mile no matter whether you’re going up someone’s driveway or you’re running a 96-strand up to a cell tower.”

He said Cherokee Cablevision has lots of existing poles.  “So, with this acquisition, we would be gaining access to the poles that they already have.  The cable that’s on it is kind of irrelevant.  We would continue to use to distribute TV initially, but our goal would be to use the poles, the backbone infrastructure, our fiber along with their fiber to run additional fibers over their poles into the people’s houses.”

Brown said he wants this project to be “the best internet and TV provider in western North Carolina”.

Wolftown Rep. Jeremy Wilson said internet connectivity is a frequent topic of discussion in his community.  “I do believe that this is going to help out…everybody needs internet.  Soco is crying for it.  Big Y is needing it really badly.  Everybody just really needs it.  We’re getting to that new generation where internet is everything.”

Jacob Reed, EBCI Department of Commerce, noted, “There is a lot of state and federal funding to build up the infrastructure so we should be able to tap into a lot of that money.  We’ve already started some of the process of looking at grant funds so we could use that to hang the fiber, bury poles, do what we need to do so it’s not coming out of the Tribe’s funds.”

He wrote a Proposal for Acquisition in which he states, “It is our conclusion that purchasing Cherokee Cablevision should deliver the broadband speeds that our citizens need.  This proposed acquisition is made even more attractive considering the business already has positive cash flows and an existing infrastructure that we can use to deliver content.”

Reed noted that everything with the existing Cablevision company will remain the same, just a change in ownership.

According to the feasibility study, “There would be a very compelling benefit for the EBCI Fiber cable plant to be combined with the Cablevision Fiber routes and develop a larger-scale fiber cable network and establish opportunity to pass 6,400 member’s homes, providing services to a large percentage of EBCI members.”

Prior to the vote to pass, a vote to table was not approved by the exact 60-40 vote. Rep. Saunooke, who made the motion to table, stated early on in the discussion, “This body has never discussed it.  I’m going to move to hold until we have a thorough discussion on it, but this body’s never had that discussion Chief so at least give us that opportunity.”