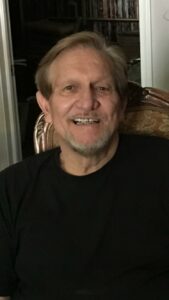 He was preceded in death by his parents, Don and Cora Haigler; brothers, Robert, Ed, and Bill Haigler; sisters, Elaine, Carol and Betty Haigler; and two grandchildren, Joshua and Meloney Haigler.

Norman’s family would like to express their gratitude to the staff at Merit Health Hospital for their support, care and love they showed during his stay.