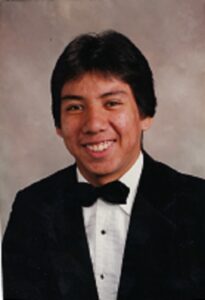 Jonathan Nathaniel Toineeta, 48, of Cherokee, passed away Monday, Dec. 17, 2018 at the Cherokee Indian Hospital after a brief illness.

Jonathan was a hard-working man.  Any job he applied himself to, he gave 110 percent and more.  He enjoyed riding his motorcycle and his sense of humor was unmatched.

Visitation will be held on Wednesday, Dec. 19 from 12 noon until 2 p.m. at Long House Funeral Home with funeral services to follow at 2 p.m.  Rev. Randy Watkins will officiate.  Burial will follow at the Shell Cemetery in the Yellowhill Community.  Pallbearers will be James Toineeta, George Toineeta, Samuel Abraham Toineeta, James Plummer, Jonas Plummer, and Graham Medford.