Cherokee finished the season 7-6 overall and 3-3 in the Smoky Mountain Conference where they finished fourth. 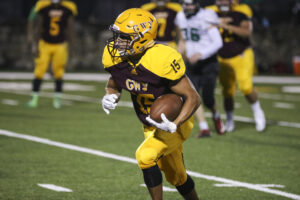 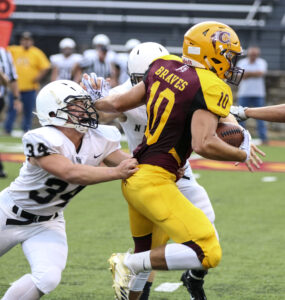 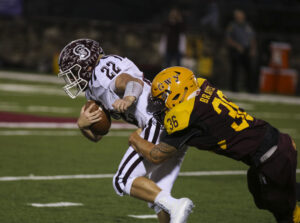 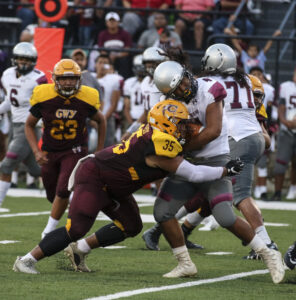 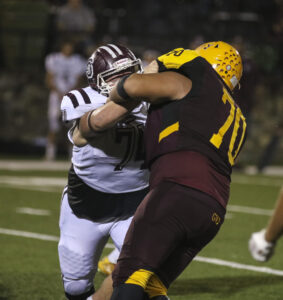 Kent Briggs, Braves head coach, commented, “I’m very proud of these young men.  They had an exceptional year, and the guys that were named Honorable Mention were worthy of being All-Conference as well.  All of those guys had the type of year that should be recognized.  I felt like our team was very competitive.  I feel very proud of what these guys accomplished, especially our seniors.  Over the past three years, we’ve had a bunch of playoff games and won a state championship and have been very competitive.”

Coach Briggs said honors such as these have carry-over value going into future seasons.  “When you have players like this who are successful and get recognition, I think it motivates all our players to step up their game and try to reach that level of success.  I think it is really good for our program for our players to be recognized because they deserve the recognition, but it also helps with goal-setting for the younger players that are up-and-coming.”

Blanton and Layno, both seniors, anchored Cherokee’s defense all year long with 98 and 82 tackles respectively.  Catolster, a freshman lineman on both offense and defense, added 63 tackles on the season.

1A State Champion Murphy swept the individual awards as long-time coach David Gentry was named SMC Coach of the Year, Micah Nelson was named Back of the Year, and Hunter Shope was named Lineman of the Year.