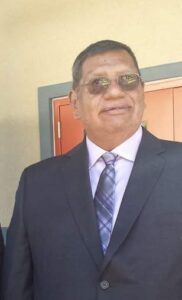 He was the son of the late Rhiley Wachacha and Lucinda Axe Wachacha. He was also preceded in death by his niece, Maggie Lynn Wachacha; siblings, JD Wachacha, Emily Wachacha Reed, Catherine Wachacha Long; and his grandparents, Jarrett and Maggie Axe Wachacha “Beloved Woman”.

Abraham served for 18 years on Tribal Council and served as vice chairman. He was an avid Chicago Cubs and Buffalo Bills fan. He was a member of Zion Hill Baptist Church.

He was a graduate of Robbinsville High School class of 1976.

Funeral services will be held at 12 p.m. Friday at the Snowbird Community Complex. Preachers Henry Ethridge, Michael Rattler, Noah Crowe and James (Bo) Parris will officiate with burial in the Wachacha Cemetery.