WASHINGTON – Eleventh District Congressional Rep. Mark Meadows (R-N.C.) will have to repay more than $40,000 to the U.S. Treasury after being reprimanded by the bipartisan House Ethics Committee for what it says was a failure to adequately address sexual harassment by his former chief of staff.

The investigation, conclusion and reprimand center around allegations and complaints by female staffers for Meadows. All claim that Kenny West, his former chief of staff, behaved inappropriately around women who worked for Meadows, creating a hostile and uncomfortable work environment. 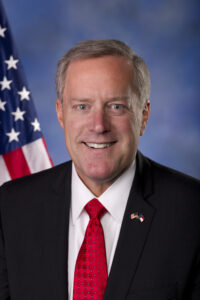 Rep. Susan Brooks (R-Ind.), committee chairperson, concluded in her report, “The Committee takes allegations of sexual harassment and discrimination extremely seriously. Mr. West’s behavior toward the female employees in Rep. Meadows’ office, regardless of whether or not a federal court would consider it sexual harassment under Title VII, has no place in the House of Representatives. In 2014, the Committee advised Members ‘to scrupulously avoid even the impression of a workplace tainted by sexism.’ The Committee emphatically reiterates that message again today.”

Brooks continued, “Rep. Meadows could have and should have done more to ensure that his congressional office was free from discrimination or the perception of discrimination. While Rep. Meadows did take some important immediate steps after learning of the allegations of sexual harassment by Mr. West, he did not do enough to address the allegations or to prevent potential further harassment or retaliation. His failure to take decisive action led to his retention of an employee who did not perform duties commensurate with his pay. Based on the totality of the circumstances, the Committee decided to reprove Rep. Meadows for his conduct in this matter. Additionally, the Committee concluded that Rep. Meadows must reimburse the U.S. Treasury in the amount of $40,625.02 for Mr. West’s salary that was not commensurate with his work.” 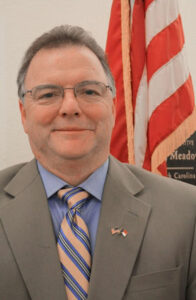 Meadows’ female staffers alleged that West engaged in unwanted touching, would comment on clothing and appearance, ask questions about weight, would stare inappropriately and try to look down blouses and up skirts. West would later resign.

Ben Williamson, Meadows’ communications director and spokesperson said that Meadows complied with the committee’s request to pay back what he called severance payment to West. Meadows said in a statement, “Three years ago I asked the Committee on Ethics to review the matter surrounding the alleged conduct of my former chief of staff, Mr. West, and I’m thankful their review has now concluded. I appreciate the Committee’s acknowledgement of the immediate, appropriate, and good faith steps I did take after learning of my staff’s concerns, including immediately separating the chief from the accusers so they never had to interact with him personally during the independent investigation.

Making sure my team feels safe and secure in our office is the highest priority for me, and I’m truly sorry for any stress this situation caused them. I thank the Ethics Committee for their work in resolving this, and my office will remain committed to serving western North Carolinians every day to the best of our ability.”

Any employee for the Tribe who engages in the same behavior, could find themselves out of a job. The Tribe’s personnel policy states that such behavior can result in written warning, involuntary transfers, remedial trainings or termination. Requests for comment from the Chief’s office and human resources were not answered by press time.