President Donald Trump’s opposition to and lobbying against tribal sovereignty has been well-documented. He’s appeared before a congressional subcommittee making unsubstantiated claims that Indian gaming was riddled with organized crime. He approved the Dakota Access Pipeline, something that tribes across the nation opposed on treaty rights grounds, and his administration has removed one tribe’s land from trust, reduced sacred land protection and has redefined tribes as racial rather than governmental entities. And more threats to sovereignty lie on the horizon through the courts. 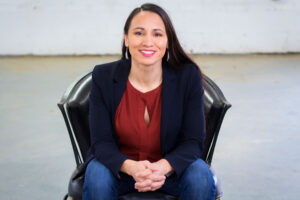 Sharice Davids (D-Kan.), a member of the Ho-Chunk Nation, defeated incumbent Kevin Yoder (R-Kan.) in a deeply conservative state. She not only makes history as the first Native American woman to be elected to the House, but she’s also the first openly gay representative elected in Kansas. “From the beginning, this campaign has been built on bringing new leaders to the table and new voices to the table,” Davids said in her victory speech. She attributed her success to hard work, opportunities and obtaining a quality public education. She also said she’ll represent all of Kansas, and it doesn’t matter how Kansan voters cast their ballots. “Come January, I see every single person. I listen to every single person.” 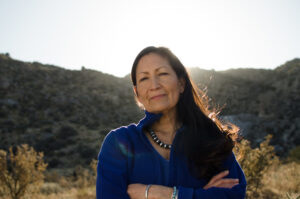 Deb Haaland (D-N.M.), a member of the Laguna Pueblo, soundly defeated challenger Janice Arnold-Jones (R-N.M.) to fill the seat vacated by New Mexico’s Democratic governor-elect Michelle Lujan Grisham. In her victory speech she said, “I want to tell everyone in this room, the single moms, the people drowning in student debt, black and Hispanic and Native American and Asian communities who’ve been under attack, trans and LGBTQ people who deserve never to be erased, disabled folk fighting for dignity and independence, folks trying to keep a roof over their children’s heads and food on the table to ensure your child gets a shot in life, I see you. I’m listening. I love you. We fight together, and I will bring that fight to congress.”

Principal Chief Richard G. Sneed said having both in the House will be a benefit to tribes across the country. “This is a historic win for not only these women but for all native nations in the United States,” he said on his Facebook page. “As many of you are aware, Indian Country has seen increasing attacks on our sovereignty. I am proud of these women for their courage to run and am excited about having them working to protect Indian Country.”