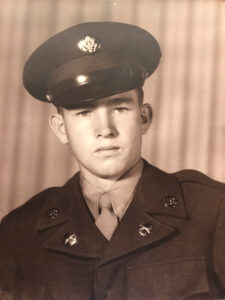 George Henry Lambert, 89, of Cherokee, passed away on Wednesday, Oct. 31, 2018 after fighting a brief illness.  He was among his loving family.

George was the son of the late Joseph Lambert Sr. and Louisa (Goforth) George and was a member of the Sequoyah Baptist Church in the Big Cove community. George served in the U.S. Army and retired with more than 24 years of service.  George was known to stay busy following his military retirement.  He attended classes back home through Southwestern Community College and obtained an Associate’s Degree in Masonry.  He worked for and retired from the Cherokee Historical Association in many functions.  He later worked for Franchise Enterprise, Inc. providing maintenance services for Hardee’s Restaurants throughout the southeast.

A visitation will be held on Saturday, Nov. 3 at Bethabara Baptist Church from 12 p.m. to 1 p.m. with the funeral service to directly follow at 1 p.m. Pastor Tim James and Rev. James “Bo” Parris will officiate. A burial will follow the funeral service in the Birdtown Cemetery with Military Rites honoring George’s service to our Country. The following gentlemen will act as Honorary pall bearers; Dylan Woodard, Jeffrey Marley, Wyatt Woodard, Aaron Lambert, Brent Ammons, and Jesse Blanton.