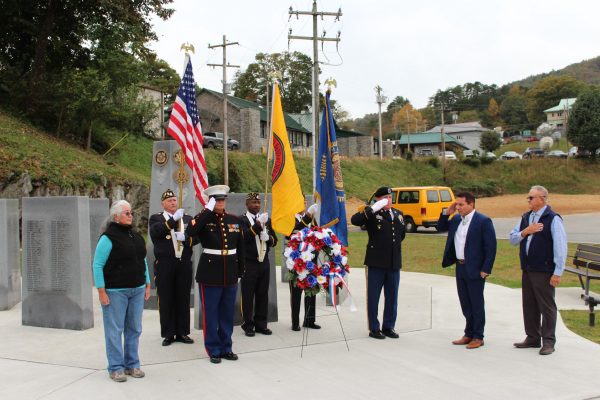 Youngdeer is also known as a hero. He served in the U.S. Marine Corps where he was wounded in combat. After he healed and recovered, he returned to duty and served in the Okinawa campaign. After his discharge from the Marines, he then enlisted in the U.S. Army where he served as a paratrooper.

“This wreath will be placed and will remain for the next 30 days,” said Principal Chief Richard G.  Sneed, a fellow Marine.

Youngdeer’s son, Merritt Youngdeer, said, “This is a very fine tribute. He loved his Tribe, and he loved his country. I can’t think of a greater tribute than what was given yesterday and what was given, so we appreciate that very much. We certainly are honored by this occasion.”