RALEIGH – In a case that received national attention, a man who claimed cold medicine caused him to kill his wife pleaded guilty to first degree murder Friday, Oct. 5. Matthew Phelps, 29, of Raleigh, claimed he took too much Coricidin, an over-the-counter cold medicine, and he awoke to find his wife Lauren Ashley Nicole Hugelmaier, 29, dead, covered in blood with a knife on the bed on the night of Sept. 1, 2017. Phelps will spend the rest of his life in prison. 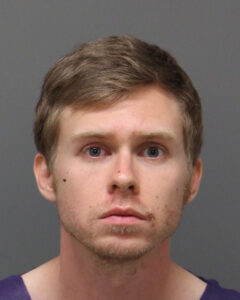 KILLER: Matthew Phelps was sentenced to life in prison on Friday, Oct. 5 for the Sept. 1, 2017 murder of his wife, Lauren Ashley Nicole Hugelmaier.

The News & Observer of Raleigh reported that Phelps admitted to stabbing Hugelmaier more than 100 times. The autopsy showed that she had been stabbed or slashed 123 times.

Phelps called 911 himself. “I think I killed my…,” Phelps stated to the dispatcher. When he asked Phelps what he meant, he answered, “I had a dream, and then I turned on the lights, and she’s dead on the floor.” When the dispatcher asks how, Phelps answered, “I have blood all over me, and there’s a bloody knife on the bed, and I think I did it.”

When the dispatcher asked Phelps when he woke up, he answered, “I took more medicine than I should have. I took Coricidin.” He told the dispatcher that sometimes it makes him feel good and helps him sleep. Phelps sounded distraught and could be heard weeping on the recording. 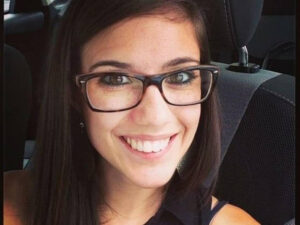 However, the News & Observer reports that Phelps and Hugelmaier would frequently argue, often about Phelps’ spending, and that Phelps would get violent with her, including dragging her through a hallway by her hair, which led to their divorce.

Hugelmaier’s obituary described her as one who loved her nephews, someone who was full of life and someone who will be greatly missed.

Emotional family members gave impact statements at Phelps’ hearing. Hugelmaier’s father Dale Hugelmaier said with Phelps listening, “How could he do this to us when we treated him like a son.” Mother Laurie Hugelmaier said, “The actions of Matthew James Phelps have forever changed me.”

Family member Mary “Missy” Crowe said, “Words cannot be expressed on how I feel about this monster who killed our beautiful Lauren! My heart hurts with her mother and father and sister and her aunties and uncles. I take comfort in knowing that Lauren is in Heaven singing praises with the saints.”