Major General Arnold Fields will address the assembly of military veterans and visitors to the Veteran’s Day of the Cherokee Indian Fair on Friday, Oct. 5. Major General Fields retired from the United States Marine Corps in 2004 after over 34 years of active military service and currently serves the US Department of Defense in the Office of Commemoration tasked to lead the United States of America Vietnam War Commemoration. At the time of his retirement he was serving as the Deputy Commander of Marine Corps Forces in Europe. Previous general officer assignments include Director of the Marine Corps Headquarters Staff at the Pentagon; Commanding General of all Marine Corps Bases in Hawaii; and Commander of U.S. Central Command’s Forward Headquarters, with dual responsibilities as Central Command’s Inspector General. He was selected for advancement to brigadier general in 1996 while serving on the Joint Staff at the Pentagon as Chief of the Evaluation and Analysis Division of the Plans, Operations and Interoperability Directorate (J7). During the 1990-91 Gulf War, General Fields, then a Lieutenant Colonel, commanded a Marine Corps motorized infantry battalion in combat operations against the Iraqi Armed Forces to help liberate Kuwait and to stabilize the theater. From 1986 until 1988 he served as the commanding officer of all Marine Corps embassy and consulate security guards in 17 North Africa and Middle East countries. 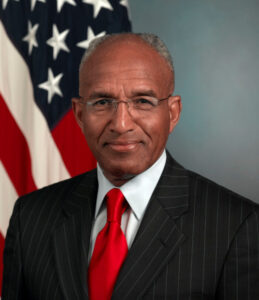 After retirement, he accepted an appointment with the US Department of State and was assigned to the US Embassy in Iraq from August 2004 until October 2005.
During 2008, General Fields accepted an appointment by The President of the United States to establish and head the congressionally mandated Office of Special Inspector General for Afghanistan Reconstruction (SIGAR).

General Fields is appointed by the Secretary of the Navy to the Board of Visitors at Marine Corps University, Quantico, Virginia. He also accepted an appointment to the National Academy of Sciences as a member of the Board on Infrastructure and the Constructed Environment (BICE). He was installed a Fellow of the National Academy of Public Administration (NAPA) in November 2011 and elected to the Academy’s Board of Directors in September 2013. Other boards on which he sits include the Wounded Warrior Family Support Foundation (WWFS), the Wounded in Action Family Foundation (WIAFF), and the Future Farmers of America (FFA) Foundation, as a member of the Foundation’s Board of Trustees.
General Fields’ military personal decorations include the Distinguished Service Medal; Defense Superior Service Medal; Bronze Star Medal, with combat “V” for valor; Meritorious Service Medal; Joint Service Commendation Medal; and the Combat Action Ribbon. His civilian awards include the Department of State Superior Honor Award for service in Iraq and the South Carolina Order of the Palmetto, the State’s highest honor awarded by the Governor. On 12 April 2012, General Fields was inducted into the South Carolina State University Army ROTC Hall of Fame. Fields was born in Early Branch, SC.

Major General Fields is scheduled sing the National Anthem and speak to the assembly at approximately 12:30pm.

Biographical information received from “The Institute for Stabilization and Transition”