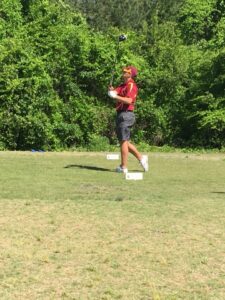 WEST END – Cherokee’s Holden Straughan competed in the 1A Men’s Golf State Championship, tournament hosted by the Foxfire Golf Club and Resort in West End, on Monday, May 7 and Tuesday, May 8.  He tied for 57th place with a total score of 192 (92 in the first round, 100 in the second).

The Community School of Davidson won the team title with a score of 640 followed by Lincoln Charter 667 and Pine Lake Prep 678.  Hayesville was the only Smoky Mountain Conference team in the running taking sixth place with a score of 719.