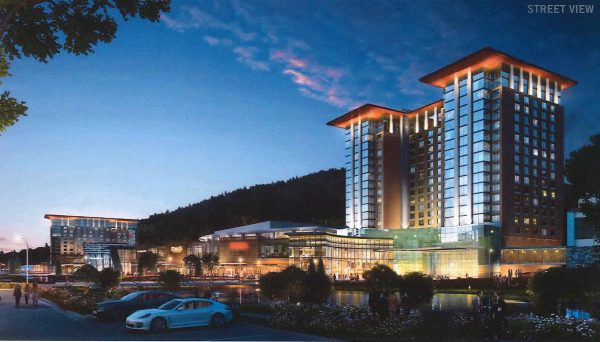 Renderings have been released to the One Feather for the upcoming retail area at Harrah’s Cherokee Casino Resort.  Principal Chief Richard G. Sneed commented on the project, “With this design, it would be a mix of retail, dining, and entertainment.  Obviously, everybody in the industry is aware of the fact that retail is changing dramatically.  Online shopping is causing the demise of shopping malls and big box stores across the country.  There’s going to be nothing like this in the southeast.  This is going to set us apart.  The Gordon Group is going to pick those retailers who are going to be the best fit, but the bulk of this is going to be dining and entertainment so that we have a captive audience with the convention business.  And, certainly they’ll be amenities that our own people will use as well.”

On the financial end of the project, Chief Sneed said, “We have different options as far as the funding, but that’s entirely up to Tribal Council.  We’ve been given a proposal from the Gordon Group where they pay for all of it except for some infrastructure costs which we would pay.  We would build the parking garage.  So, they’ve given us a plan with them funding the whole thing less the parking garage; them funding 50 percent and us funding 50 percent; and, then they’ve given us an option with us funding the whole thing.  The more risk we allow someone else to assume, then, obviously, the more reward they’re going to expect as far as a share of the profits.”

He added, “Either way, the Tribe gets all of tribal levy and percentage of some of the rent on the retail space, a discount built in for tribal members at all retail, dining, and entertainment.” 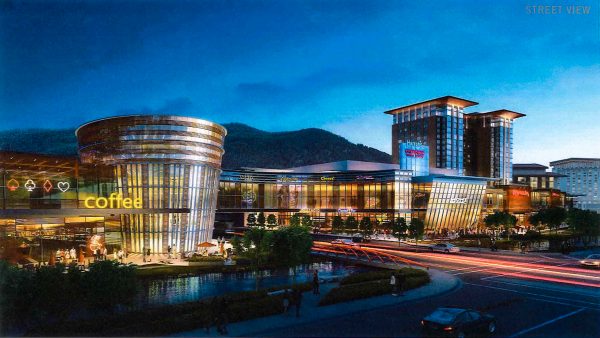 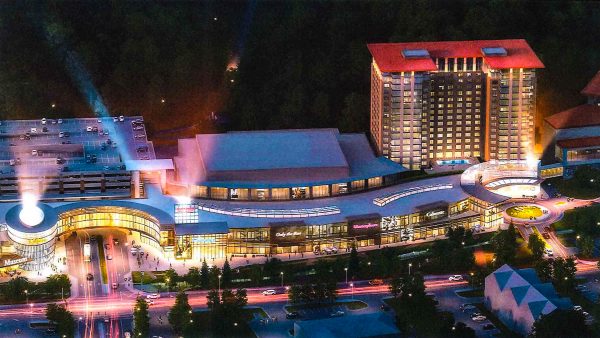