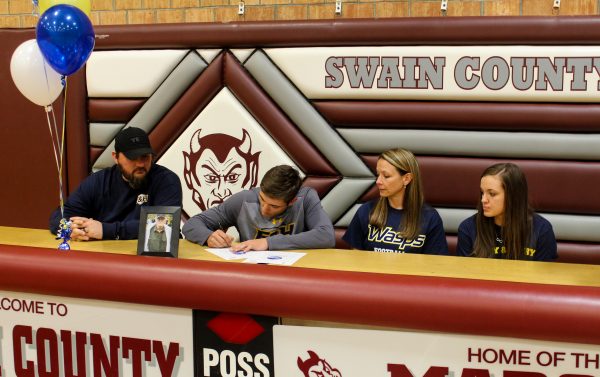 “We praise his level of commitment that it takes to do the things to get to the next level,” Neil Blankenship, Swain County head football coach, said during Friday’s signing.  “The biggest day is when they get through and graduate at the next level.  I would like to congratulate Brier and his family on going to the next level at Emory & Henry.”

“I think it’s really exciting,” said Younce on going to play college football.  “There’s not many people who have the opportunity to go and play at the next level.”

He plans to study either mechanical or electrical engineering at Emory & Henry.

When asked how long he’s dreamt of playing college football, she said, “Since he was a pee wee.”

Emory & Henry College, located in Emory, Va., is a Division III school and competes in the Old Dominion Athletic Conference. 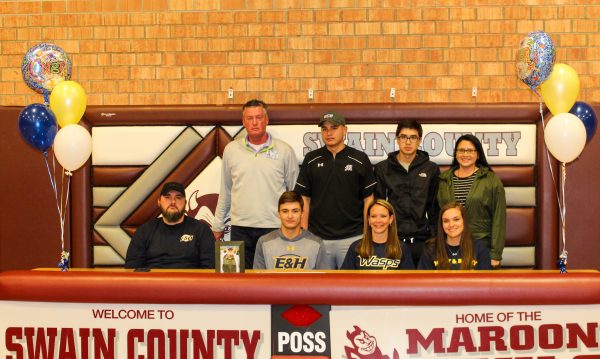 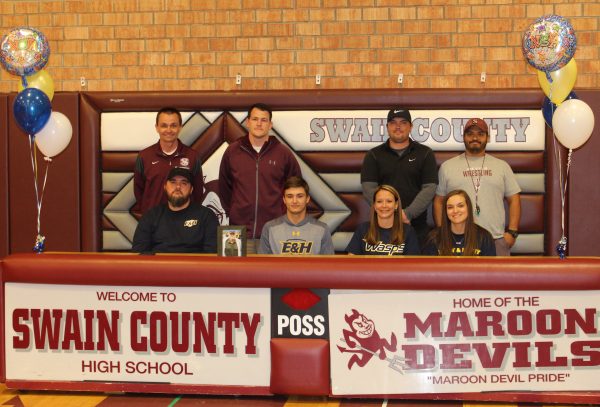 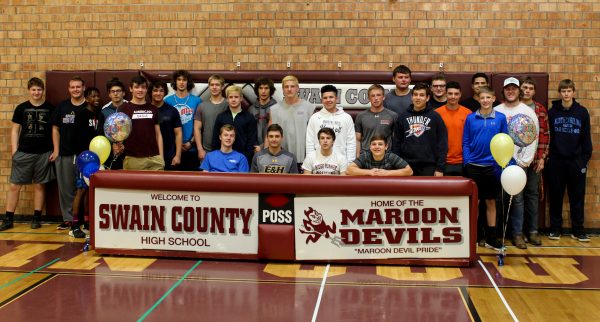