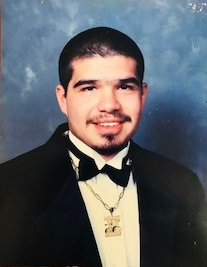 Gary David Lambert Jr., 38, of the Wolftown Community in Cherokee, passed away unexpectedly on Tuesday, Dec. 12, 2017 at his residence.

Gary was preceded in death by his paternal grandparents, Guy and Margaret Lambert.

Visitation will be held on Thursday, Dec. 14 from 6-8pm at Long House Funeral Home.  Funeral services will be held on Friday, Dec. 15 at 11am at Long House Funeral home.  Pastors Gary Maney, James “Bo” Parris, and Dan Conseen will officiate.  Burial will follow the funeral services at the Reed Cemetery on Washington Creek.  Pallbearers will be among family and friends.